Beau Brummel is the 3rd Most Famous Tie Wearer 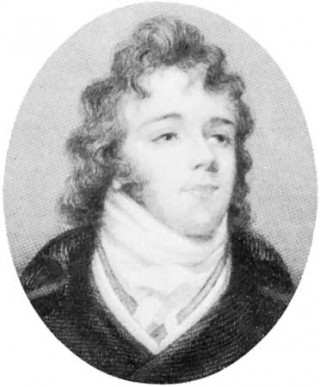 For those who are not up to speed on their fashion history, the name Beau Brummel may elicit head-scratching more than anything else. The fact is, however, Brummel may have hard perhaps the largest impact on men’s fashion and style in history, being credited as having invented the modern men’s suit. Given his influence on the world of mens fashion, it should come to no suroprise, that Beau Brummel also finds himself on my Top 10 Most Famous Tie Wearer List.

A vastly important figure in the days of Regency England, Brummel’s approach to fashion changed everything during his lifetime, and dramatically influenced the way many people approach style and fashion to this day. Eschewing the more formal, ornate dress that was exceptionally popular during England at the time, Brummel made men the world over change their views of how one should put themselves together each day. The following are just a few important characteristics of Beau Brummel’s appearance to take into consideration, all of which can help you to better understand the modern men’s suit.

Changing The Ways of the Past
If Brummel is known for anything, it’s the fact that he took traditional men’s formal attire and turned it upside down. For example, stockings and knee breeches were quite popular at the time; Brummel’s take on fashion and style replaced them with full-length trousers. The rest of the look usually combined dark coats with extremely high-quality linen shirts, rounding things off with boots that Brummel was known for recommending they be polished with champagne. It should come as no surprise that Brummel was said to spend upwards of 5 hours each day putting himself together; while perhaps a bit extreme, it’s proof that real men take the time to make sure they look their best before heading out on the street.

Brummel’s Approach to Neckwear
Beau Brummel took a much different approach to neckwear than what had been worn in the past. More often than not, Brummel wore ruffled ascots, which quickly became the standard in England and many other parts of the world. This being said, he did not stop there when it came to influencing his appearance and that of those around him with neckwear. The cravat became a very big part of this look, having originated in Croatia but quickly finding its way into formal attire throughout other parts of the world as well. Brummel is even credited with having had a large hand in the invention of the modern cut tie, although it is debatable as to whether or not there is any truth to this.

Takeaways for the Modern Man
If the modern man can take away anything from how Beau Brummel tended to dress, it should be that Brummel truly cared about how he looked each day of his life. The myth that it took him 5 hours to prepare himself may be a bit overdone, but modern men should learn from this the fact that putting care into one’s appearance is of the utmost importance, and should never be overlooked. While the ruffled ascot itself may not be in fashion anymore, there’s no reason one can’t consider experimenting with wearing a modern ascot from time to time.

Thanks for Visiting My Blog on Tie-a-Tie.net