Why Tie Color Does Matter the Race for President

The Psychology of Tie Colors in the Race for President

Have you ever asked yourself the question why we only see red and blue ties on presidential candidates as of recently? Some might argue that candidates will choose those ties that best reflects their party’s identify, meaning red ties for Republican Romney, and blue ties for Democrat President Obama, but this is only partially true.

Take Tuesday’s Presidential debate for instance. Romney wore a bright blue and white striped tie while Obama opted for a burgundy-red piece, a change that I was very happy to see. Pre-debate I was actually hoping that Obama would be wearing a red tie – a color that is synonymous with power, confidence, and excitement – all things Obama lacked in the first debate. 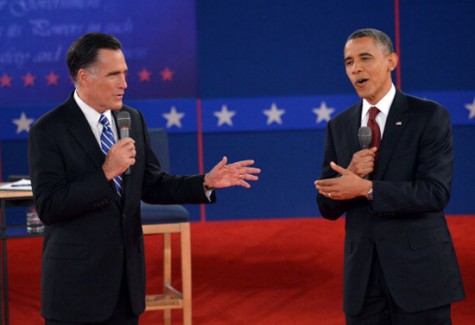 I am now making the argument that Obama’s red tie helped him step up his game during the last debate. Not only did the tie grabbed the audiences’ attention, but I strongly belief that it gave President Obama a boost of confidence after taking a look in the mirror.

The psychology & emotional effects of colors is definitely nothing new. In fact, psychologists have been researching the meaning of colors for decades, if not centuries, and evidence does indeed prove that certain colors do evoke certain emotional responses in people. This is nothing new to presidential candidates who pay attention to what colors to pick out for a public appearance.

Obama needed a bolder red tie to dig himself out of the rut he put himself in during the previous debate. Romney on the other hand had the luxury of wearing a bright blue tie – a color associated with calmness, maturity, and elegance. Romney came into the second debate with confidence, and he did not want to overdo it with another bold red tie, but instead choose to show his mature and trustworthy side by wearing a blue tie instead. I certainly applaud both men for their tie choices!

What do Voters Want to See?
Last week I created a poll that let Democrat and Republican voters choose a tie for their presidential candidate. I presented votes with 10 different ties for each candidate. I wanted to see what tie colors each party’s supporters would choose. By now over 400 people have voted, and the statistics show 3 things:

The Most Popular Voted Ties for Each Candidate:
The light blue textured tie was the most popular choice among Democratic voters receiving 29% of all votes, while the bright red “power tie” on the right was the top choice among Republican voters (31% of all votes). 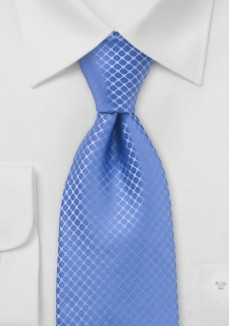 Thanks for Visiting My Blog!