Cary Grant is the 6th Most Famous Tie Wearer

The 6th Most Famous Tie Wearer of the Past Century: Cary Grant 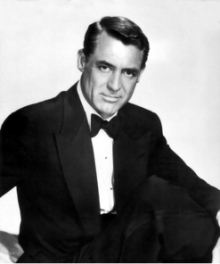 When people hear the name Cary Grant, fashion and style come to mind almost automatically. This is especially true for those who consider themselves to be fashion-forward and pay attention to men’s fashion as a whole, as Cary Grant is very much a style icon from the past. His style and sophistication would never have gotten to the point that they did without his ability to truly pull off wearing a tie as if it was his job, however, making Cary Grant one of the 10 most famous tie wearers of all time. The following are just a few things to take into consideration about how Cary Grant approached fashion and style, as well as the approach he took to wearing ties in a fashionable manner. Suffice to say, modern men can learn quite a bit from Cary Grant and the look he embodied.

Timeless Qualities
Perhaps what made Grant such an important player in the world of men’s fashion during his heyday was the fact that his ensembles were nothing short of timeless. The suit and tie were mainstays of Grant’s appearance, and had a huge impact on how he was perceived by the public. Grant went with slim-cut jackets, which perfectly fit his frame and allowed him to look his best even on off-days. His trousers were equally slim, often featuring a single pleat. Exposed cuffs were definitely a big part of Grant’s appearance, as he tended to wear his jacket sleeves a bit higher up than most people might say is common. Finally, Grant usually went with suit jackets that featured relatively wide lapels; the perfect frame for the ties he seemed to wear so effortlessly.

Grant’s Ties
A lot of people get hung up on wearing one specific type of tie. This couldn’t be further from the truth for Cary Grant, who happens to have worn a variety of different types of ties over the years. When he was just throwing on a nice suit jacket, Grant would go with a rich, bold solid-colored tie; patterns weren’t generally for him. The neckties worn by Grant tended to be relatively wide, without being anywhere near what might be considered “over the top.” It was when Grant would don a tuxedo that his appearance would truly come to life, however, in which case a moderately-large black bow tie was always his neckwear of choice. If anyone is known for understanding Black Tie Dress Code, it would be Cary Grant (along with James Bond maybe). Finally, Grant was known to wear an ascot in more casual scenarios, rounding him out as being one of the most versatile tie wearers in the history of pop culture.

Takeaways for the Modern Man
One thing that modern men can learn from how Grant wore ties is that it’s important to find your style without getting into a rut. For example, some people choose to only wear neckties or bow ties, while Grant was able to pull both styles off without a hitch. Modern men can also learn from the way Grant approached wearing suits; a neat fit was everything, and there was simply no room for suits that were boxy in appearance.

Other Posts I Think You Would Like:
Winston Churchill: The Most Famous Tie Wearer

Thanks for Visiting my Blog at Tie-a-Tie.net